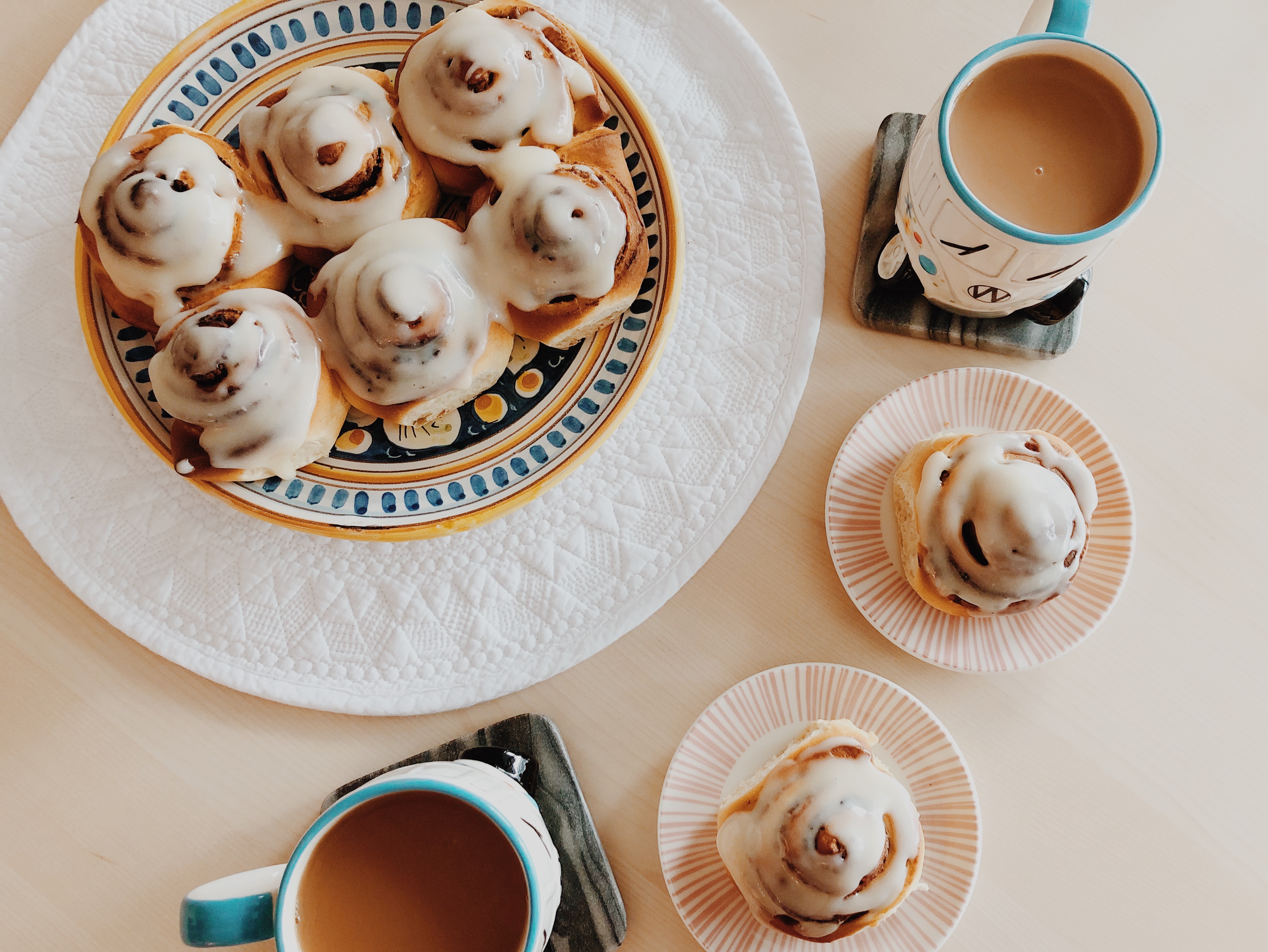 I adapted a recipe, The Best American-Style Cinnamon Rolls, by adding chestnut purée (about 100 g) and a little bit of cocoa powder to the cinnamon filling. For the cream cheese frosting, I combined 100 g mascarpone, 100 g powdered sugar and one teaspoon of vanilla extract. 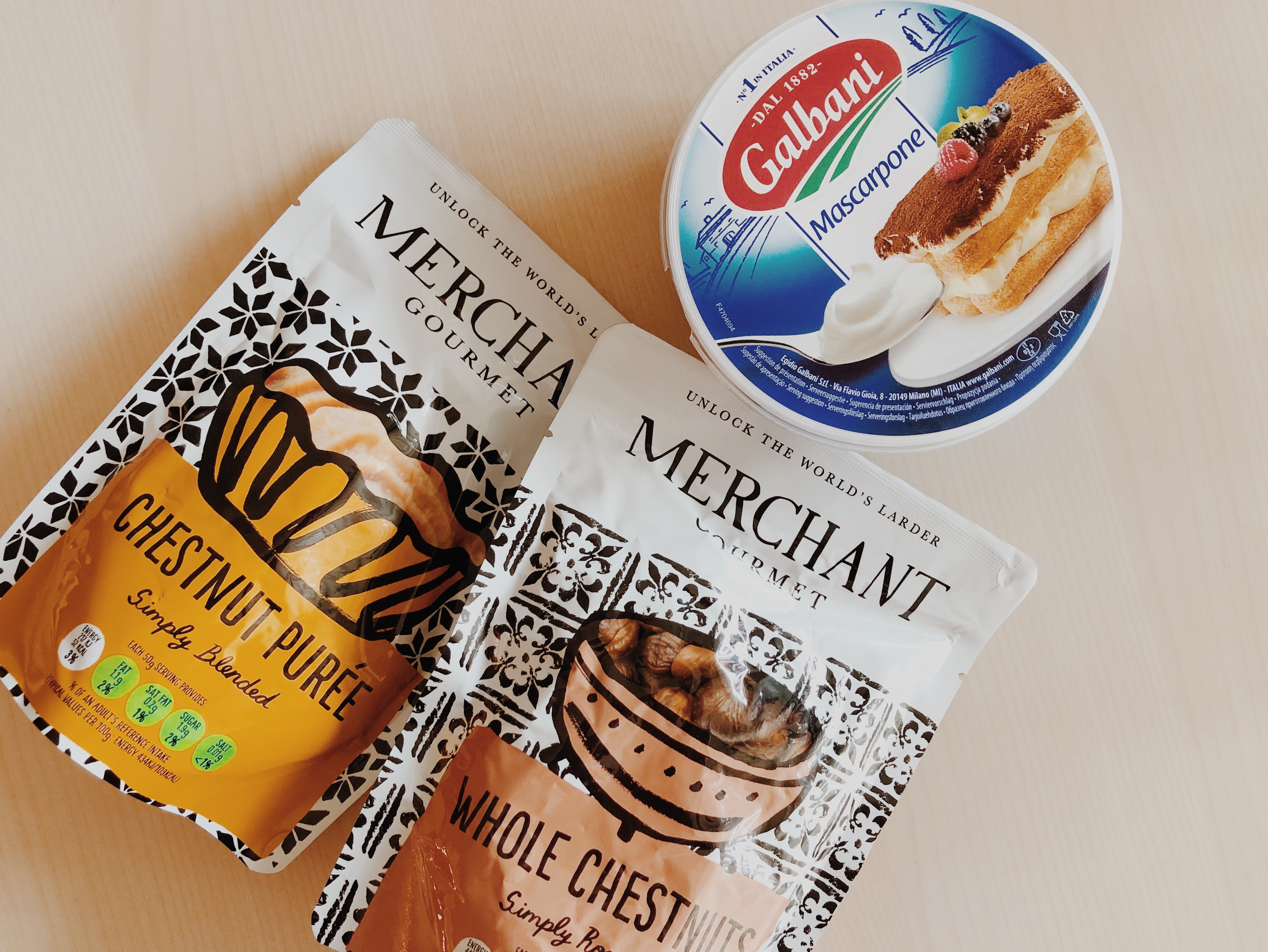 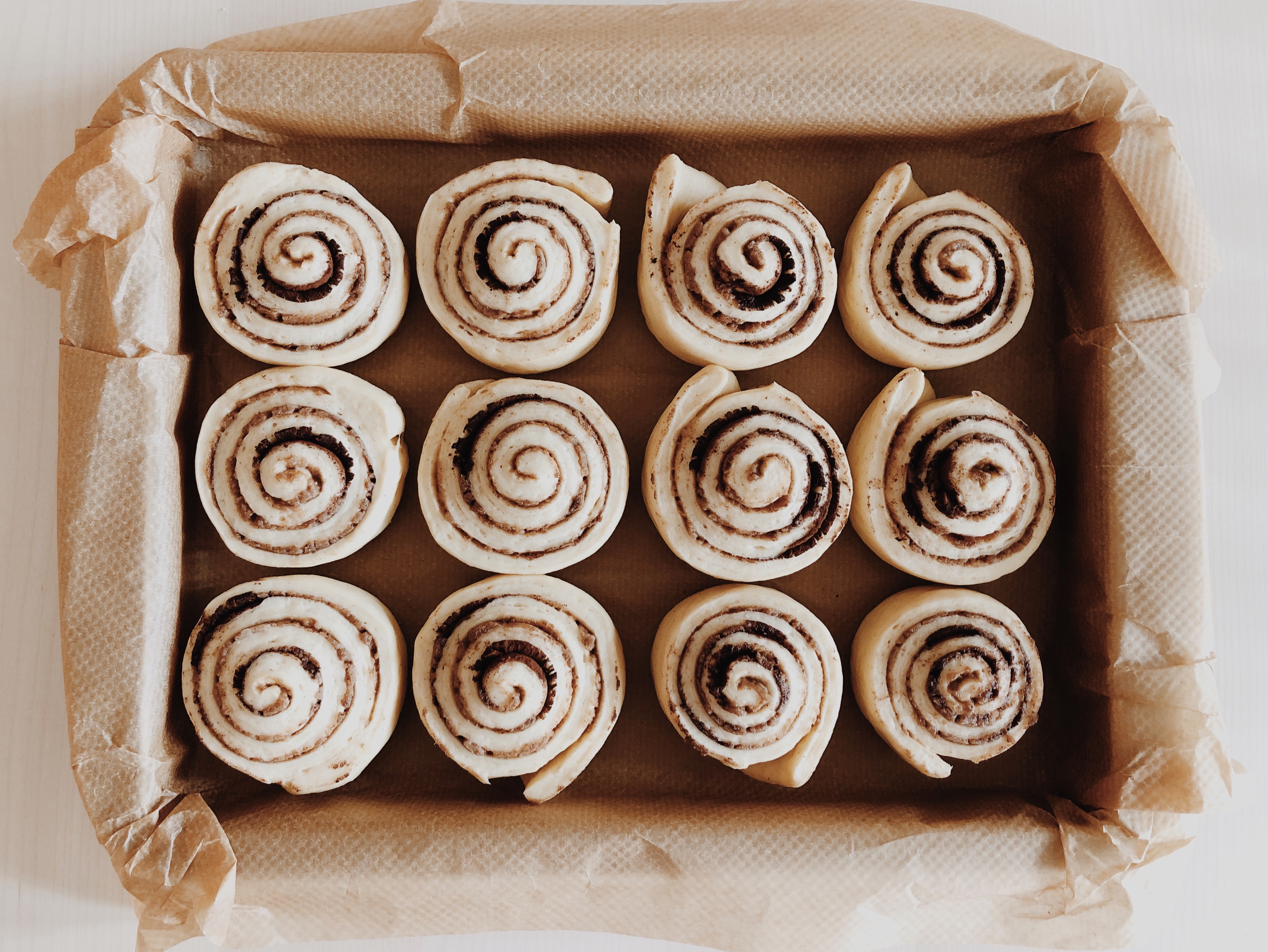 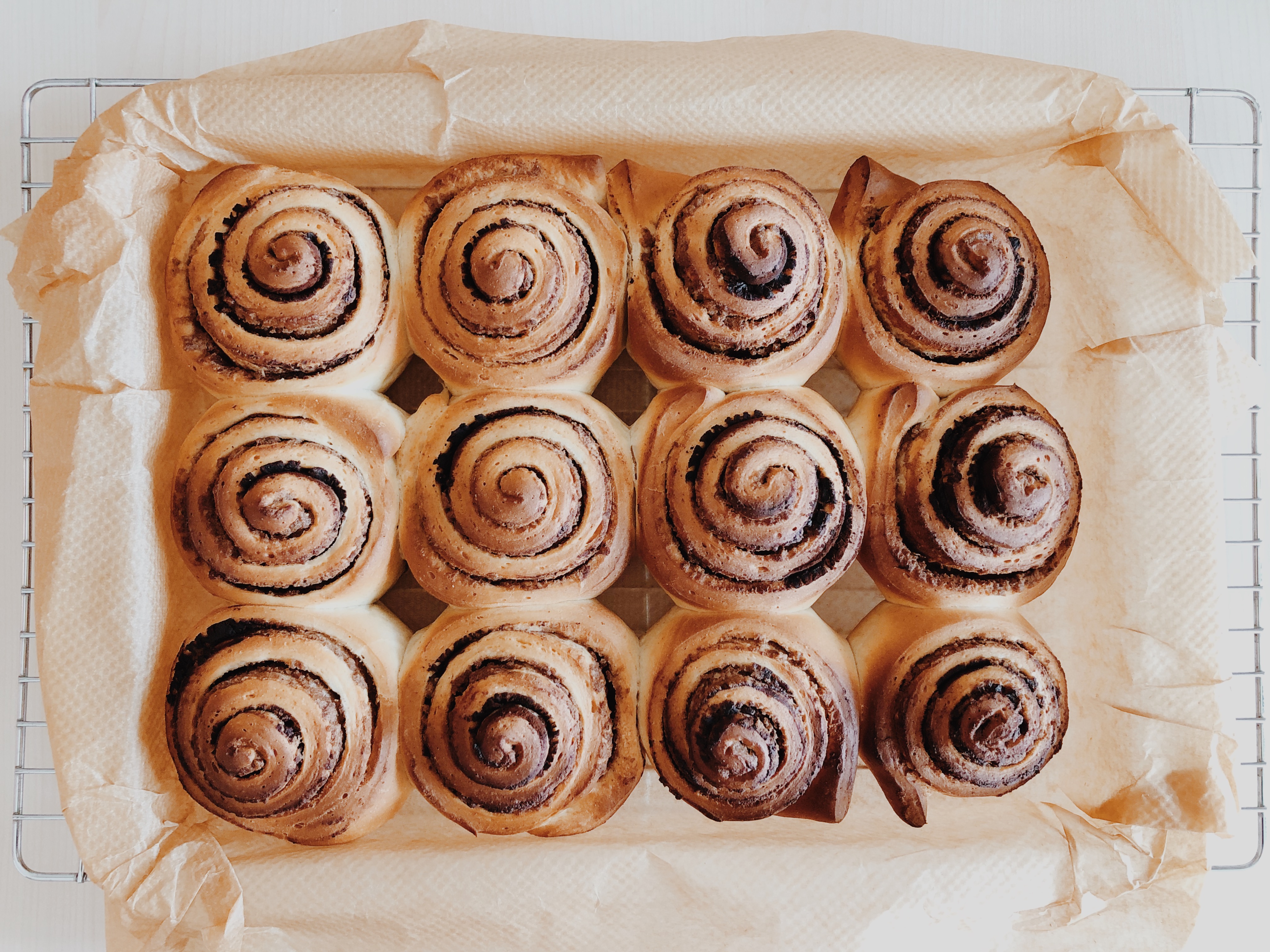 My spontaneous idea to add chestnut purée to the filling turned out very well.

The swirls are beautiful. I can taste chestnut as well as cinnamon, but they’re not too cinnamon-y. They’re very soft and a great match with the mascarpone frosting. I immediately thought this is going to be a great weekend breakfast for the cold seasons.

I served some slices with a sprinkle of cocoa powder on top. They tasted like cake!

We enjoyed them with cups of Assam tea. 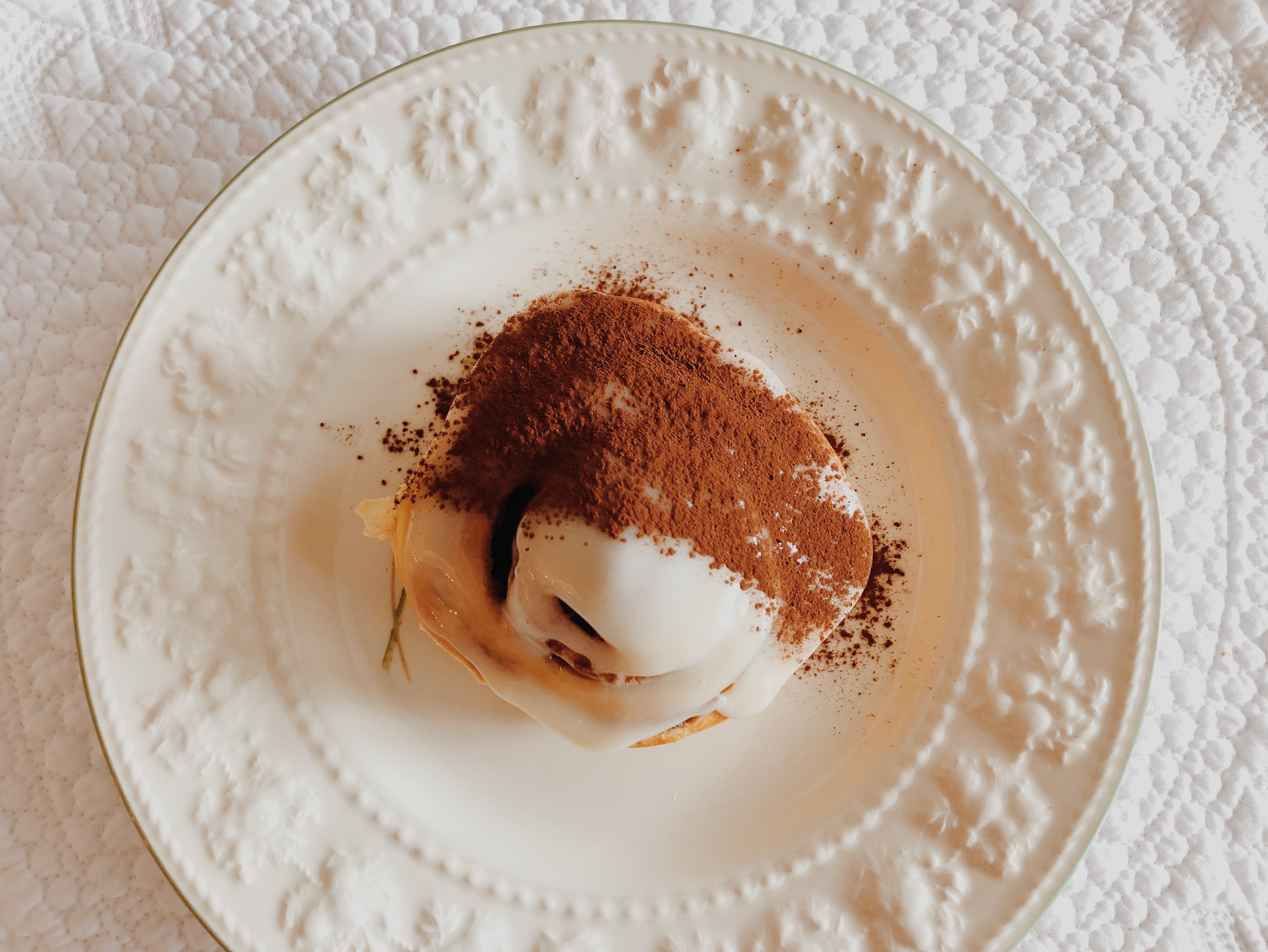 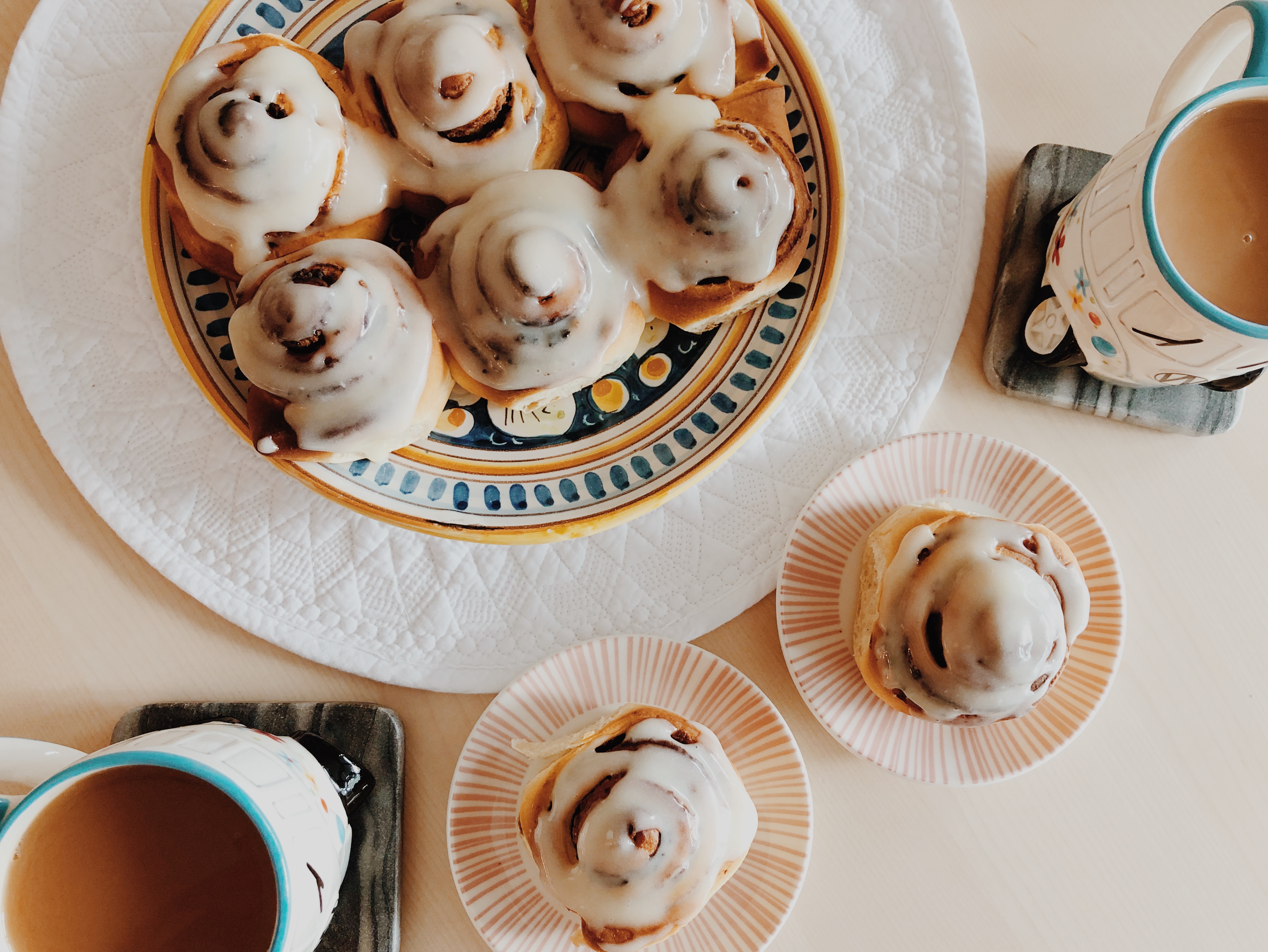