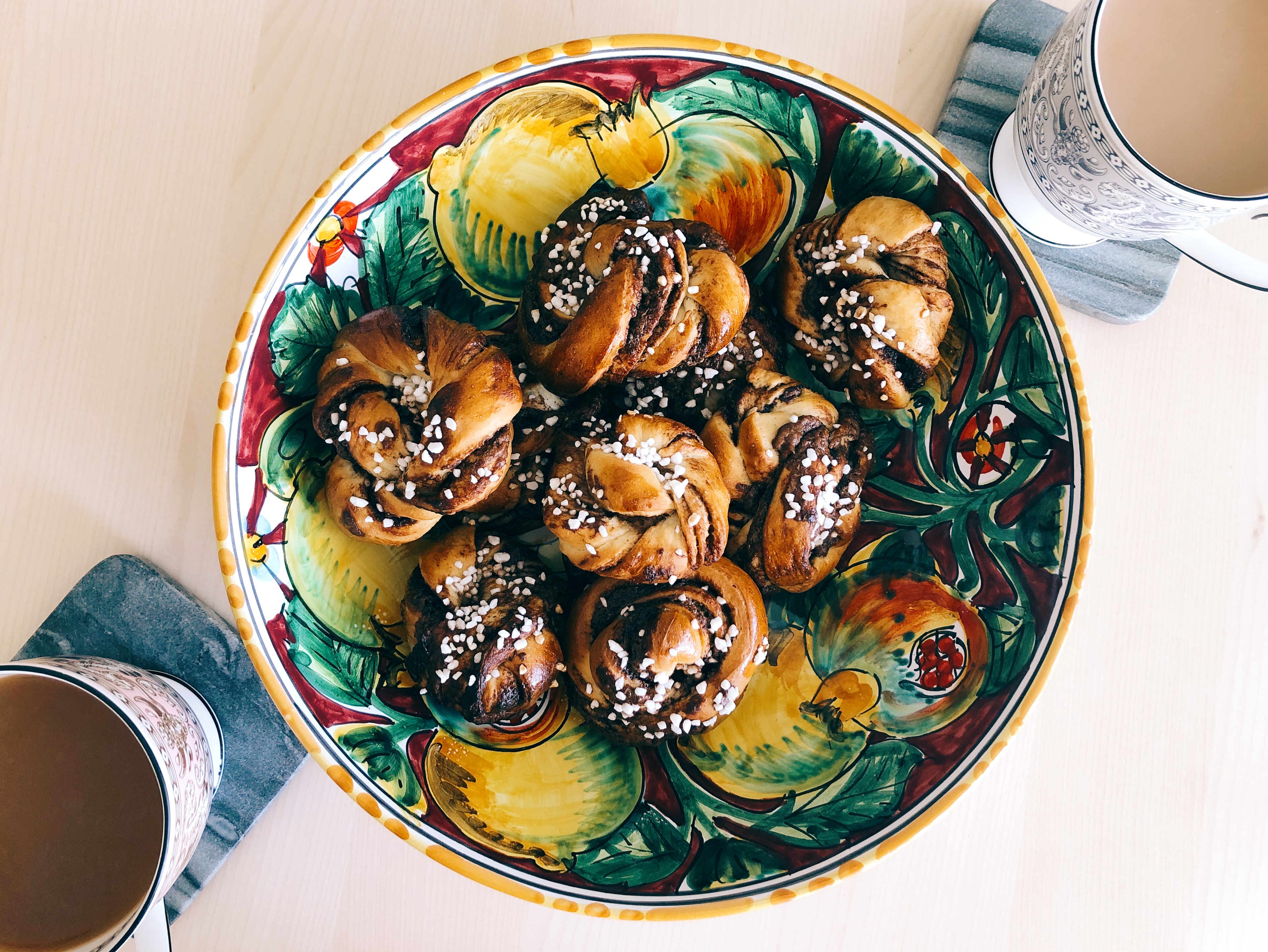 Initially, I intended to make Swedish cinnamon buns. I found a nice recipe and got some crucial ingredients: ground cardamom, cinnamon and pearl sugar. But eventually, I replaced the cinnamon filling with chocolate, as Luca does not like cinnamon and he asked me to use Nutella instead.

The recipe I chose was Swedish Cinnamon Buns by Shiran. The dough is very easy to make and handle and is beautifully soft. From the beginning of the process, I liked the recipe and method.

The hardest part was handling Nutella! My advice on using Nutella for baking is to spread it very thinly on the dough. Otherwise, it gets very sticky and affects the shape of the soft dough. I might have used too much Nutella, as some of the dough was hard to shape and even collapsed.

It turns out that the chocolate buns with a hint of cardamom smell wonderful, of course, taste really nice and we love them!

But I do want to try the original recipe of cinnamon buns next time. 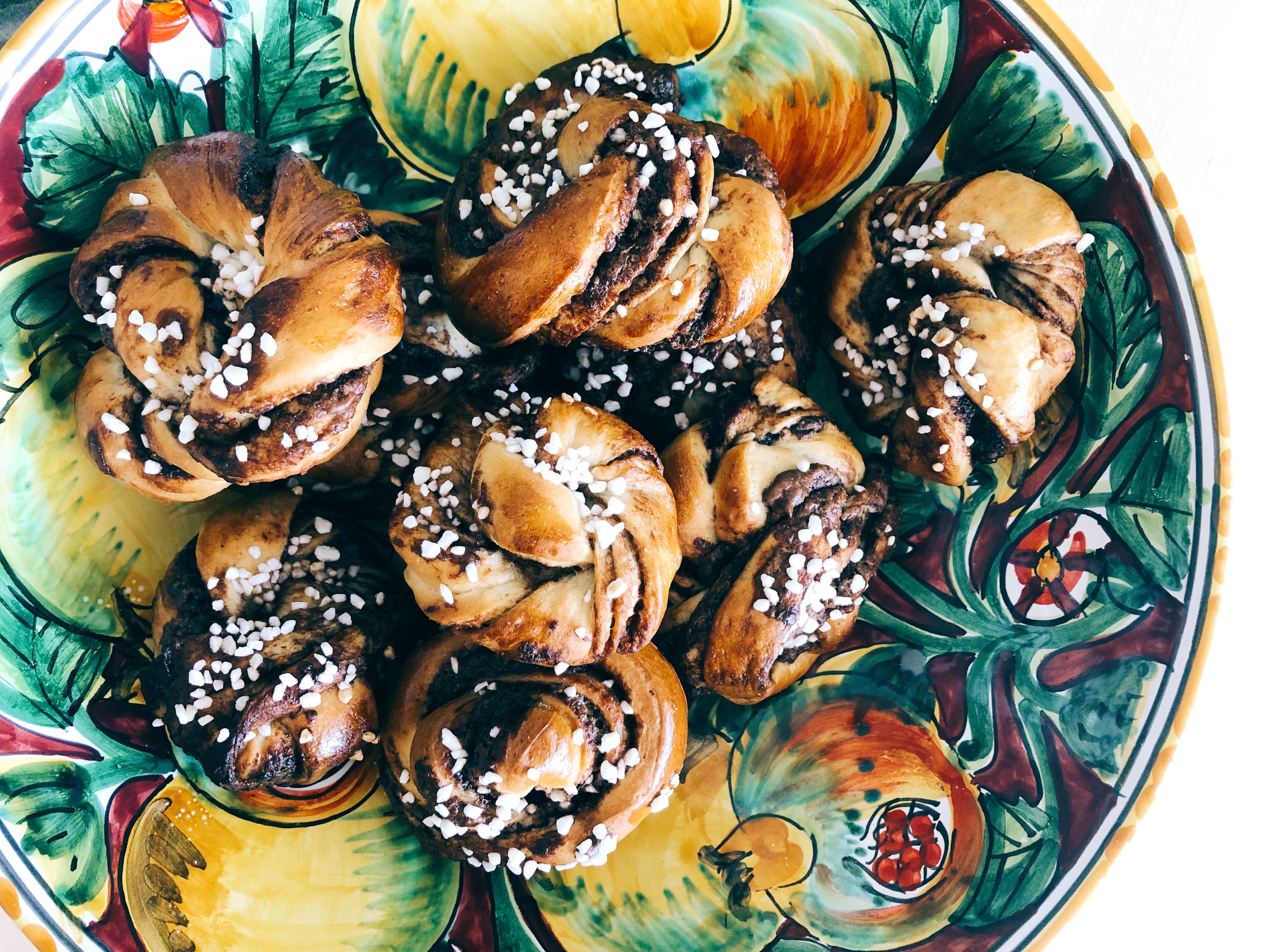